In the shadow of Laura Sunderland Hall, the members of the class of 2017 will experience their final moments as undergraduates of Warren Wilson College. At the same time, President Steven L. Solnick, who is leaving to head the Calhoun School in New York City, will be overseeing his final ceremony.

“Appreciate this day,” Solnick told graduates in 2016, “and remember the values that we shared here.”

Adding to the excitement around commencement is the keynote address by Bill Pullman. The actor, known for his roles in “Independence Day,” “Spaceballs” and “While You Were Sleeping,” is the father of two Warren Wilson College graduates – Jack ’12 and Lewis ’15 Pullman.

While Pullman is leaving room to tailor his speech to specific global issues, he plans to look closely at the idea of “changing the world.” With so many different changemakers trying to engage in various ways, Pullman said it is harder to envision a new and “changed” world.

“How is it that we’ve gotten into such silos?” Pullman asked. “When we thought we were all together changing the world, we actually were in a lot of different realms. The connections between those realms have been increasingly more difficult to make.”

In addition to Solnick and Pullman, Warren Wilson College Board of Trustees Chairman Bill Christy will offer a charge to the graduates. Chloe Moore, an environmental studies and biology double major, is the senior speaker. Moore was among four nominees selected by a jury of faculty and staff and received the most votes from her classmates to deliver the address.

At Warren Wilson College’s commencement ceremony, graduates receive more than a degree. All newly minted alumni are also presented with a tree sapling, which is traditionally a hemlock. The sapling is the symbolic beginning of the next chapter in each graduate’s journey. Just as each graduate leaves the College to go, lay down roots and grow, the graduate is encouraged to plant this tree seedling away from campus to represent their mark as a Warren Wilson College graduate in the world. 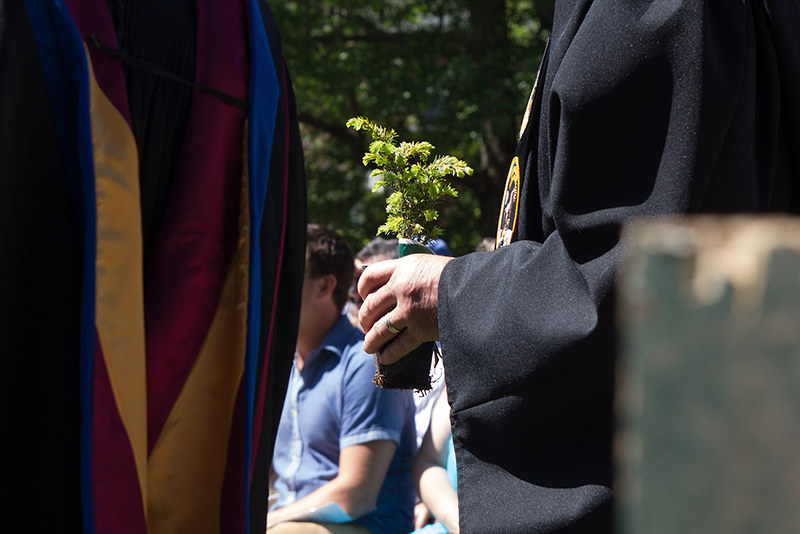